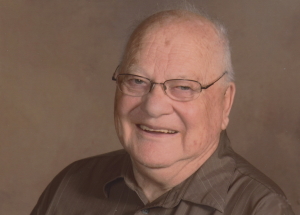 Donald Ray Eichorst died peacefully in the presence of loving family at Saint Joseph Hospital in Mishawaka, Indiana, on Thursday, September 19, 2019. He was born in Lakeville, Indiana, on April 1, 1930, to George and Genevieve (Kollar) Eichorst. He was married to Betty Jane Gibson on May 13, 1950 until her passing in 1981. He was then married Cynthia Hall in 1982 until she passed away in 1994. He married Darlene â€œDonnaâ€ Anderson in 1995, she survives.
Surviving are his two sons with his wife Betty: John (Barbi) Eichorst and Jerry Eichorst, both of Lakeville; three step-children, Teddie (Dale) Hill of Manteno, Illinois, Robert (Marilyn) Anderson of Three Rivers, Michigan, and Bruce (Pamela) Anderson of Hillsboro, Oregon; brother, Richard Eichorst of Osceola, Indiana; grandchildren, Tami Eichorst, Nicholas Eichorst, Tommy Eichorst, and Andrew Eichorst; step-grandchildren, Amy (Hill) VanSwol, James â€œScott Hill, Jennifer (Anderson) Walker, Karen (Anderson) Bacon, and Brent Anderson; several great-grandchildren, nieces and nephews, and friends survive. Preceding him in death are his parents and siblings: Clarence, Vernon, Georgia (Oâ€™Connor), and Eldon. Don loved people and was noted for his hearty laugh. A long-time member of Plymouth Wesleyan Church in Plymouth, Indiana, he loved the Lord and family. He especially enjoyed Southern Gospel music. He loved traveling, especially on trains. He worked in three dairies in South Bend, Indiana, for many years. In 1982 he started at AM General in Mishawaka, Indiana, and retired in 1994. He also drove milk tankers for Zeiger Brothers and Don Penn, which he dearly enjoyed. Services are Friday, September 27th, 2019 at Plymouth Wesleyan Church 11203 S. Michigan, Plymouth, Indiana 46563. Visitation will be from 10:00 a.m. to 12 Noon. The funeral will follow at 12 noon. Burial will be in New Oak Hill Cemetery. A luncheon will be served. In lieu of flowers, memorials may be made to Plymouth Wesleyan Church, 11203 S. Michigan, Plymouth, Indiana 46563.