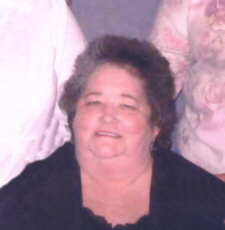 Donna L. Perkins, 67, a resident or Millers Merry Manor, Plymouth, died of natural causes in Saint Joseph Regional Medical Center, South Bend, at 1:52 p.m. on Tuesday, March, 18, 2008.
Donna was born in Oakland, Calif., the daughter of Lowell Q. and Barbara D. Farrington Burbank on May 29, 1940. She and Ernest Perkins were married in 1958, Ernest died on May 10, 2006.
A homemaker, Donna had lived in the Marshall County area since 1965.
She enjoyed cross-stitching, playing bingo, sewing and spending time with her family.
Donna is survived by two daughters and two sons. They are Joanna and Victor Weldy, Bremen; Barbara and Clyde Lohse, Argos; Ernest and Dianne Perkins, Jr., South Bend and Ricky and Debbie Perkins, Wakarusa.
A sister, Mary Dahlberg, Kimberly, Idaho and a brother, Dean Dahlherg, Calif., also survived together with 15 grandchildren and 14 great-grandchildren and 6 great – great grandchildren.
Donna was preceded in death by her parents, her husband and two brothers, Jessie Dahlberg and Gary Burbank and a sister Molly Potter.
Friends will be welcomed by Donna’s family from noon to 2 p.m. on Thursday, March 20, 2008, at the Johnson-Danielson Funeral Home, 1100 N. Michigan St., Plymouth, Ind.
Funeral services, officiated by Steven Patrick will be held at 2 p.m., following visitation, in the funeral home.
Burial will be in New Oakhill Cemetery, Plymouth.
Memorial gifts in Donna’s memory may be made to the Cancer or Diabetes associations.