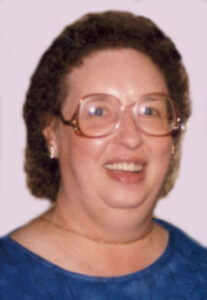 Donna Marie Whittaker, 77, a lifetime Plymouth resident, passed away at 11:12 am, Wednesday, March 31, 2010 due to natural causes.
Donna was born in Plymouth on September 2, 1932, the daughter of Otis M. and Helen Leona (Roose) Brundage. She graduated from Plymouth’s Lincoln High School in 1951.
On Easter Sunday, April 13, 1952 she and Myron LaVerne Whittaker were married in the Plymouth Church of the Brethren, then located downtown. Over the next 58 years, side by side, they raised five children and witnessed the bearing of six grand- sons, six granddaughters, two great grandsons and two great granddaughters. Her children include: Pamela K. Thomas, Vicky S. (David) Rich, Roger L. (Cindy) Whittaker, David L. (Janis) Whittaker all of Plymouth and Neal L. Whittaker of Michigan City.
In addition to enjoying many family moments, Donna was an avid gardener and long time member of the Church of the Brethren.
She was preceded in death by her parents, a brother Richard G. Brundage and a half sister, Betty Tankerley
Visitation with the family will be on Saturday, April 3, 2010 from 5 – 7 pm in the Johnson-Danielson Funeral Home, 1100 N. Michigan St. Plymouth. Services will follow at 7 pm in the funeral home conducted by family friend Linda Starr. Interment will be in the New Oakhill Cemetery, Plymouth.
In lieu of flowers the family would ask that memorials be considered to the Center for Hospice and Palliative Care, 112 S. Center St., Plymouth, IN 46563