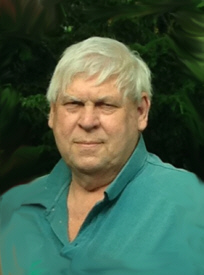 Donnie Glenn Meadows, 68, a longtime resident of Culver, passed away unexpectedly of natural causes at his home at 8:42 p.m. Thursday, December 29th.
Don was born on February 23, 1948, the fifth son of twelve children born to Herman Lynn and Ruby Ethyl (Jones) Meadows in Johnson City, Tennessee. God, family, and hard work was instilled in him from the beginning. He graduated from Portland High School with the Class of 1966. Don then received a Heating and Cooling certificate from Ivy Tech.
He entered the United States Air Force on October 16, 1966 serving during the Vietnam Era as an aircraft radio repairman both stateside and overseas. Don was honorable discharged on October 16, 1970 and remained a resident of Florida for a while.
On May 2, 1987 in North Liberty, Indiana, he took as his bride the former Carol S. Smith together they would have one son Sean L. Meadows.
Don had worked for Bennettâ€™s Heating and Plumbing, Ristance Wire and 20 years in driving truck for quick delivery freight. He took the greatest pride in volunteering with the Culver E.M.S. where he was a former director of education and training.
He loved his family, gardening both flower and vegetable, taking special pride in his strawberries as well as having a small orchard on their property. Don was a non-denominational Christian who enjoyed gospel and country music, football, especially the Bears and U. of Tenn. He did odds and ends work for family and friends and was always a good source of wisdom.
Surviving are his wife Carol, son Sean L. and Beth Meadows of Walkerton and their children; Grace, Sean â€œJuniorâ€ and Aaron Meadows, son Jeremy A. Meadows of Bourbon, and son Richard l. and Becky Meadows of Lexington, NC and their children; Valarie and Nicholas.
His surviving siblings are: Ronnie W. (Kathy) Meadows of Portland, TN, Darrell L. (Mary) Meadows of Kokomo, IN, Mary E. Poole of Portland, TN, Robert Carl (Patsy) Meadows of Whitehouse, TN, Lolita (Delbert) Ladd of Portland, TN and numerous nieces and nephews.
He was preceded in death by his infant daughter Angela Y. Meadows, his parents and six siblings: Vernon Lee Meadows, Elgie Meadows, Joyce Blair, Emma Ruth Link, Eva Mae Meadows and Helen Holt.
Visitation will be held on Tuesday, January 3rd from 4 â€“ 7 p.m. EDT in the Johnson-Danielson Funeral Home, 1100 N. Michigan St., Plymouth. Funeral services will be held on Wednesday, January 4th at 11 a.m. in the funeral home with Rev. Collin Seitz, associate pastor of Crossroads Church in Plymouth will preside.
Burial will follow in the New Oak Hill Cemetery, Plymouth.
Memorial gifts may be made to the Culver E.M.S., 200 E. Washington St., Culver, IN 46511 or Wounded Warrior Project, 4899 Belfort Road, Suite 300, Jacksonville, FL 32256.