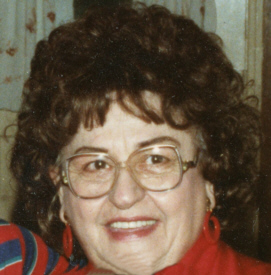 Dora M. Stewart, 91, died on Friday, December 26, 2014, at Miller’s Merry Manor, Plymouth. Born in Baltimore, Maryland, July 18, 1923, she was a daughter of Charles and Julia Alder. Dora married Charles O. Stewart, Jr. in Illinois in 1946. Together they shared 34 years of marriage before his passing in 1980.
Dora was well known for her business acumen; kindness; compassion; love for animals; and deep generosity to family, friends, and to those less fortunate; but most of all for her courage and resilience in the face of many losses in life.
She is survived by two sons: Charles O. Stewart III, Lunenburg, Nova Scotia, and Christopher Eric Stewart, South Bend, Indiana; three grandchildren: Chance Stewart, Waco, Texas, Peter Stewart, Indianapolis, Indiana, and Molly Papp, Long Beach, California; and two great-grandchildren: Oscar Stewart, Waco, Texas, and Priscilla Stewart, Indianapolis, Indiana.
She was preceded in death by her parents, husband Charles, and a son, Craig James Stewart, who died in 1964. A private burial will be held at Oakhill Cemetery, Plymouth.
The family would like to thank the many caring individuals at Miller’s Merry Manor as well as the attentive and highly professional staff at Johnson-Danielson Funeral Home in Plymouth.