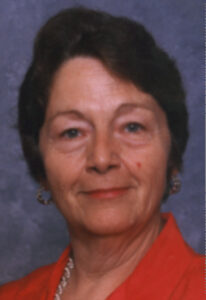 Doris L. Swank, 78, went to be with her Lord and Savior early Friday morning March 16, 2012 in Pilgrim Manor Nursing Home of natural causes. Doris is a resident of Naples, Florida and has been a patient here since February of 2011. Doris was diagnosed with Huntington’s Disease over 15 years ago and fought hard to maintain her health. With a desire to help others, Doris had enrolled in the New Life Generation Tissue Donor Program of Indiana. Doris was born on December 21, 1933 at Delphi, Indiana in Carroll County the daughter of Wilson Mearl and Margaret Pauline (Nicoll) Wakeland.
She was a graduate of Plymouth High School with the class of 1951, and then received a bachelors and masters degree from Ball State University. From Indiana University, Bloomington, she received a doctorate in Special Education in 1978. She then sat on the Board of Directors
She worked many years in Special Education aiding the learning impaired. She also was a professor of Special Education both at Indiana University and Northern Colorado University.
On November 26, 1969 in Ohio she took Harold M. “Bud” Swank as her husband, he preceded her in death in June of 2005.
After retirement in 1984 she and her husband built their dream home in Naples, Florida. It was there that she developed a flair for baking and won many awards including blue ribbons at the Collier County and the Florida State Fair. Doris and her spouse were both avid readers and held a vast library. She was creative in many ways, doing crafts, detailing intrinsic figurines and tole painting. She grew up as a member of the Plymouth Church of the Brethren and in Naples held membership in the Community Congregational Church. She leaves behind many friends in the Naples area.
Dori as she was known to her family, is survived by three siblings; Robert and his wife Karen Wakeland of Columbia City, IN, Judith Smith of Plymouth, IN and Jay and his wife Pam Wakeland also of Plymouth. A sister-in-law; Peggy Wakeland of Bowerbank, ME also survives along with numerous nieces and nephews who were like children to Dori.
Preceding her in death were her parents, her spouse, a sister; Muriel Wakeland and a brother; Gary Wakeland.
Friends may call from 4:30 until 6:30 p.m. on Tuesday, March 20th in the Johnson-Danielson Funeral Home, 1100 N. Michigan St. Plymouth where a memorial service will follow at 6:30 p.m. led by her nephew Josh Wakeland.
Doris’ ashes will be interred alongside her husband in Arlington National Cemetery, Arlington, Virginia.
Memorial gifts in lieu of flowers may be made to the Huntington’s Disease Society of America, 505 Eighth Ave. Suite 902, New York, NY 10018 or Marshall-Starke Development Corporation, 1901 PIDCO Drive, Plymouth, IN 46563.