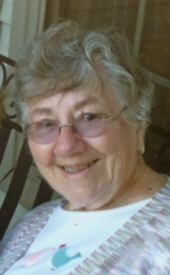 Dorothy Ann Gunther-Heflick, 87, passed away in her daughter Nancy’s home at 3:40 a.m. on Sunday, September 27, 2015.
She was born in South Bend on December 19, 1927, the daughter of Teckla and Frank Kopetski. Dottie worked many jobs over the years, including being the first ward clerk at Park View hospital in Plymouth, as well as a teller at Key Bank. However, she took the most pride in providing a loving home for her family. She married her first husband, Fred H. Gunther, on June 10, 1950, at St. Paul’s Church in South Bend. They started a life together in Plymouth and raised three children, Nancy Marie (Donald) Utz of South Bend, Cindy Kay (Tim) McDonald of Houston, TX, and Fred James (Valerie) Gunther of Osceola.
Her husband Fred passed away in 1985. Dottie would later marry Jess Heflick. They were married for fifteen years before Jess’s passing in April 2002. Dottie is survived by her children Nancy and Cindy, along with six grandchildren, Christopher Utz, Nicholas Adam Utz, Nathaniel Utz, Mark McDonald, Travis McDonald, and Nicholas Shane Gunther, as well as her four great-grandchildren, Abigale Utz, Michael Utz, Chloe Utz, and Austin McDonald. Her son Fred James, a fire fighter, passed away on October 5, 2012 after a battle with lung cancer. Dottie never fully recovered from his death and continued to grieve for him. He left behind a wife, Valerie, who Dottie loved and considered one of her own. Dottie was a very spiritual and devoutly religious person. Throughout her life she has been a member of three separate religions. She was raised Catholic and later converted to the Methodist faith when she married her first husband, Fred. She would eventually become a member of the Reorganized Church of Latter Day Saints after marrying Jess Heflick.
After living the majority of her life in Plymouth she sold her home and relocated to the Village of Arborwood retirement community in Granger so that she could be closer to family. Dottie was an extremely kind and generous woman who made friends wherever she went and was well loved and respected by all who knew her. Family truly was the most important thing to her. She also loved to play cards, knit, crochet, and travel. She was also a music enthusiast and enjoyed playing the violin.
The family will receive friends from 6 to 8 PM on Thursday October 1, 2015 in the Johnson-Danielson Funeral Home, 1100 N. Michigan Street, Plymouth. A Memorial Service will be held on Friday, October 2, 2015 at 11 AM in the funeral home with Chaplain Ray Tolosa officiating. Visitation will resume one hour prior to the service in the funeral home.
Family services will take place in the Oakhill Cemetery.
The family would also like to thank Lorie and Candace from Hospice for the kindness and support they showed Dottie during her final days. Contributions can be made to Center for Hospice Care, 111 Sunnybrook Ct., South Bend, IN 46637 or donor’s choice.