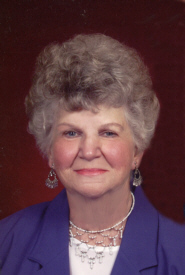 Dorothy Alice Leary, 83, a Plymouth resident since 1971, passed away early Friday, September 23, 2016 in the Brookdale Senior Living Solutions-Fort Wayne. Dorothy was born the daughter of Charles â€œJackâ€ and Stella (Walker) Bartlett on March 6, 1933 in Rushville, Indiana. She graduated from Rushville High School in 1950. She married Herbert Robert Heuer on March 5, 1949 in Rushville; he preceded her in death in 1989. She then married Clyde M. Leary on March 12, 2004 in Plymouth; he preceded her in death in 2012. Dorothy worked for General Telephone for thirty years where she wrote programs. She also had worked for a local dentist office in Plymouth for several years. Surviving is a grandson; Brandin (Lori) Heuer and two great-granddaughters; Megan and Abby Heuer, a daughter-in-law; Joyce Heuer. She is also survived by two step-sons; Gary (Judi) Leary, Ed (Jen) Leary, step-daughter; Cheri Sheaks, two brothers; Richard and Bill Bartlett, and several nieces and nephews. She was preceded in death by her parents, two husbands, one son; Jay Heuer, step-son; Ian Leary, two brothers; Roy â€œButchâ€ and Robert, and two sisters; Jean and Mildred. Visitation will be held from 11-1 PM on Tuesday, September 27, 2016 in the Johnson-Danielson Funeral Home, 1100 North Michigan Street, Plymouth. Services will immediately follow at 1:00 PM with Pastor Steve Gerak officiating.
Interment will be at a later date in the New Oak Hill Cemetery, Plymouth.
In lieu of flowers memorial gifts may be given to the Grace Baptist Church, 1830 North Michigan Street, Plymouth, Indiana, 46563.