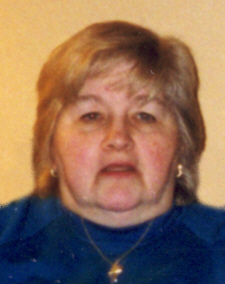 Plymouth resident Dorothy Anna Keating, 75, died on Wednesday December 28, 2011 in St. Joseph Regional Center, Plymouth.
Dorothy was born the daughter of Michael and Anna May Guendling Lett on August 11, 1936 in Chicago, Illinois.
She worked as a surgical aide for 23 years at Munster Community Hospital until her time of retirement in 1999. After retirement she worked part time at the Plymouth Work One.
Dorothy enjoyed cross stitching, crocheting blankets for the homeless, and volunteering at the Council on Aging.
She is survived by 3 children Patrick Keating of South Bend; Sharon & Michael Dilts and Brian Keating all of Plymouth. Six grandchildren, eight great-grandchildren, one brother, five sisters and numerous nieces and nephews survive as well.
Dorothy was preceded in death by three sons Kevin, Thomas and John.
A graveside service will be held on Saturday December 31, 2011 at 1:00 p.m.in New Oakhill Cemetery, Plymouth.
Memorial contributions in Dorothy’s name may be given to the Center for the Homeless, 813 S. Michigan Street, South Bend Indiana 46601.