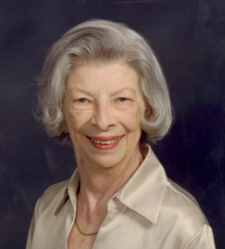 Dorothy Irene Millea, 84, a Plymouth resident since 1935, died at 1:50 a.m. on December 1, 2011 in Saint Joseph Regional Medical Center, Plymouth.
The daughter of Thomas G. and Lillian A. Graf Millea, Dorothy was born on August 26, 1927, in Mishawaka.
Dorothy was a 1944 graduate of Plymouth High School.
She had worked at American Optical for 37 years, retiring in 1992 as office supervisor.
She was an active member of St. Michael Catholic Church, where she was a member and former treasurer of Harvest House. She also was a volunteer at the Marshall County Historical Society and enjoyed reading and playing golf.
Dorothy is survived by a sister, Mary E. McKee of Plymouth; a brother, Tom (Juanita) Millea of New Albany; and nieces and nephews: Tom McKee, Margaret (Gary) Flagg, Patricia McKee and Kamila Millea, all of Plymouth; Janet (Geoff) Lawson of Austin, TX; Tom (Becky) Millea and Richard Millea of New Albany; Julie Millea and Dan (Traci) Millea of Charlotte, NC; Alan Millea of Atlanta, GA; Bob (Polly) Millea of Minneapolis, MN and Carolyn (Rick) Malcon of Elkhart.
She was preceded in death by her parents, a brother and sister-in-law, Robert W. (Harriet) Millea a brother-in-law, Forrest McKee and a nephew, Tim Millea. Friends will be welcomed by the family to celebrate the life of Dorothy Millea on Tuesday, December 6, 2011, from 4 to 8 p.m. in the Johnson-Danielson Funeral Home, 1100 N. Michigan Street, Plymouth.
A Rosary will be prayed at 4:00 p.m. on Tuesday, in the funeral home.
A Mass of Christian Burial will be held at St. Michael Catholic Church, 613 N. Center Street, Plymouth, at 11:00 a.m. on Wednesday, December 7, 2011. The Rev. Father William Kummer will officiate.
Burial will be in New Oakhill Cemetery, Plymouth.
Memorial gifts in Dorothy’s memory may be made to St. Michael Catholic Church or a charity of the Donor’s choice.