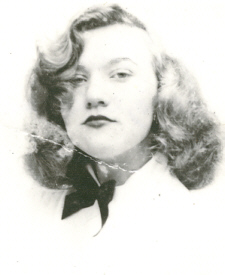 Dorothy “Dottie” M. Lantzer, 73, 1113 W. Adams St., Plymouth, died from a cancer-related illness in Saint Joseph Regional Medical Center, Plymouth, at 6:15 p.m. on Tuesday, March 21, 2006.
Dottie had lived in Plymouth since 1979, coming here from Kokomo, Indiana.
She was known as a garrulous person: one who enjoyed life and having a good time.
She was born in Crauthersville, Missouri, on February 23, 1933, the daughter of John and Willean Graham Logan.
As a young child, she was a migrant worker.
After graduation from high school, she attended Indiana University to study art. She was a talented and avid oil painter.
Dottie was married to Daniel John Pearcy I., in 1950. After his death, she married Roy Jackson in 1979. Widowed again, she was married, in Plymouth, to Ray Lantzer on March 28, 2000.
Dottie had worked at General Motors in Kokomo, retiring in 1972. She belonged to Local U.A.W. 292.
An artist, she also enjoyed writing love stories. She loved to talk to people and was most out-going and friendly to everyone. She enjoying hearing and telling a good joke.
She loved animals and was a member of various animal rescue organizations.
A dedicated and devoted Christian, she attended Christ’s Church, the House of Prayer and the House of the Lord.
Dottie is survived by her husband, Ray Lantzer and by a daughter and a son, all of Plymouth.
They are: Valerie and her husband, Alvin Elmore I. and Daniel J. Pearcy II.
A granddaughter in Plymouth, April M. Elmore and a grandson in Warsaw, Alvin Elmore II, survive as well.
Dottie was preceded in death by her parents, her two husbands, Daniel Pearcy and Roy Jackson and two infant sons, Stephen Ray Pearcy and Clarence Grover Pearcy.
Friends will be welcomed to celebrate her life by Dottie’s family on Friday, March 24, 2006, from 4 to 8 p.m. in the Johnson-Danielson Funeral Home, 1100 N. Michigan St., Plymouth.
Funeral services for Dottie will be held at 10 a.m. on Saturday, March 25, 2006, in the funeral home. The Rev. Steven Patrick, pastor of The house of the Lord, will officiate.
Burial will be in Oakhill Cemetery, Plymouth.
Memorial gifts may be made in Dottie’s memory to the American Cancer Society.