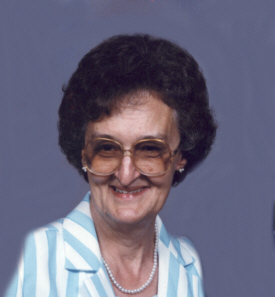 Dorothy Lillian Wringer, 79, of 891 Tamarack Rd., Walkerton, Ind., died at 10:10 p.m. on Tuesday, July 12, 2011.
A lifetime area resident, Dorothy was born at home, west of Walkerton, on Sept. 25, 1931. She was the daughter of Henry and Lillian Segert Rough. She was the oldest of nine children and was the family caregiver. She graduated in 1949 from Union Twp. High School.
A homemaker all of her life, on June 3, 1949, in La Paz, Ind., Dorothy and Clifton J. Wringer were married.
Devoted to her children, she was known as a person who loved everybody. She loved to cook and bake and was praised for her generosity in sharing her recipes.
A member of the Community Church of God she served as Treasurer and Secretary for over 30 years.
Dorothy is survived by her devoted husband of sixty-two years and by their three daughters: Karen and Jim Byrer, Bremen: Wanda and Randy Roberts, Shreveport, La.: and Deneen and Kirk Weldy, Marco Island, Fla.
Four sisters and two brothers also survive. Her sisters are: LaVerne Rough and Virginia (Eugene) Morris, all of Walkerton: Carole (John) Sahlhoff, Bremen and Sandra (Scott) Schuster, Goshen.
Dorothy’s brothers are Wayne (Sandy) Rough and Paul (Christine) Rough, both of Walkerton.
Six grandchildren, three great grandchildren survive as well.
She was preceded in death by her parents and two sisters, Mary Swihart and Janet Rough.
Friends are invited to share memories with Dorothy’s family from 4 to 8 p.m. on Tuesday, July 19, 2011, at the Johnson-Danielson Funeral Home, 1100 N. Michigan St., Plymouth, Ind.
Funeral services for Dorothy will be held at 10:00 a.m. on Wednesday, July 20, in the Community Church of God, 601 South Michigan Street LaPaz, Indiana. The Rev. Sam McClimans will officiate.
Burial will be in the Woodlawn Cemetery, Walkerton, Indiana
Memorial gifts may be made to the Community Church of God, 601 South Michigan Street LaPaz, Indiana or The Center for Hospice Care 112 South Center Street Plymouth, Indiana 46563