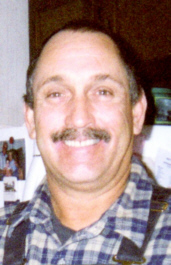 Doug D. Dipert, 65, passed away in his home with his loving family around him on Friday May 12, 2017, after a 7 year battle with cancer.
Born in Plymouth, Indiana on March 10, 1952, Doug was the son of Paul Vern and Beaulah Elizabeth (Beyler) Dipert. He graduated from John Glenn High School.
On October 4, 2002 in Plymouth, Doug married Kathryn A. Rudrud and together began making memories together over the next 14 years.
Doug worked as a railroad laborer and machine operator for CSX Transportation until his early retirement due to his health.
Kathy and he are members of Plymouth Church of the Brethren. Doug could always be found outside doing yardwork or playing with his grandkids, whom he cherished so very much. He loved traveling with his wife and taking long drives anywhere. He also enjoyed antiquing and taking his dogs on walks every day.
He survived by his loving and devout wife, Kathy of Walkerton, and their children: Justin (Sue) Dipert of South Bend, Jason (Angie) Dipert of Indianapolis and their children: Jacob and Olivia and TJ and Olivia, and Randy (Lezley) Pontius of Brook, Indiana and their children: Carsten, Kylian and Kendalyn. Also surviving is his sister, Regina Dipert of Plymouth and sister-in-law, Bonnie Sherk of Rochester.
Doug was preceded in death by his parents, son Edward Pontius, sister Rebecca Dipert and brother Rodger Sherk.
Visitation will be held from 5-7 p.m. on Thursday, May 18, 2017 in the Johnson-Danielson Funeral Home, 1100 N. Michigan Street, Plymouth. Funeral services will immediately follow in the funeral home with Rev. Tom Anders officiating.
Memorial contributions can be made to Center for Hospice Care 112 S. Center St. Plymouth IN 46563.