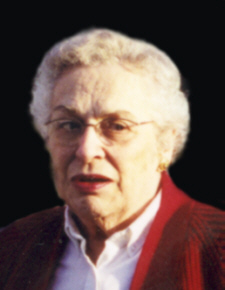 E. Lucille “Lou” Warnacut, 85, of 7928 9B Road, Plymouth, passed away Tuesday at 10:40 p.m. of natural causes in the St. Joseph Regional Medical Center – Plymouth Campus. Lou was a lifetime Marshall County resident.
She was born in Argos, Indiana on July 23, 1925, the daughter of Eugene and Laberta (Gunkle) Meredith. She graduated from the Argos High School with the Class of 1943.
Lou became the bride of David I. Warnacut on March 8, 1945 in El Centro, California while he was on leave serving in the Marine Corp.
They became the greatest of parents to their four children; two daughters and two sons, and their children, they are: Linda M. (Steve) Trago of Plymouth and children; Jeffrey Helsel, Robert Helsel and Anthony Schuh. Laura L. Warnacut of Plymouth, D. Joe (Joyce) Warnacut of Townsend, Wis. and children; David and Joseph Warnacut. G. Jay (Lana) Warnacut of Warsaw and son Brian Stalder. Seven great grandchildren and one great-great grandson complete Lou’s immediate family. A sister-in-law; Carol Meredith of Plymouth survives with several nieces and nephews.
Lou was preceded in death by her parents, spouse, a grandson; Randy Helsel, brothers; Gordon, Richard and Glen Meredith and sisters Eleanora Ferris, Guinivere Puppe and Jane Miller.
Lou was devoted to her family. She shared a profound sense of humor, a love of cards and games and engendered competitiveness in her family. She was a regular member of the Monday Duplicate Bridge group and bingo at the Moose. She enjoyed word games, knitting and visits to “the boat”. A member of the United Pentecostal Church in Bourbon, Lou was a former member of the V.F.W. Auxiliary and had worked for Menser Industries and Bomarko.
Visitation will be held from 10 a.m. until noon on Saturday, March 12, 2011 in the United Pentecostal Church, 201 N. Bourbon St. Bourbon, Ind.
Services will follow at noon in the church. The Revs. Mark Cotrill and Anthony Schuh will officiate. A fellowship luncheon will also follow in the church hall.
Burial will be in the New Oakhill Cemetery.
Memorial gifts may be made to the Marshall/Starke Development Center, 1901 Pidco Drive, Plymouth, IN 46563 or the Center for Hospice Care, 112 S. Center St., Plymouth.