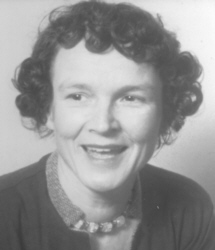 E. Ruth Mullen, 94, a resident of Plymouth for the past 46 years, died in her sleep, at Miller’s Merry Manor, 635 Oakhill Ave., Plymouth, at 8:30 a.m., on Sunday morning, December 31, 2006.
Ruth had grown up in and formerly lived in Buffalo, N.Y.
She was born in Syracuse, N.Y. on October 3, 1912, the daughter of Louie L. and Lucy A. Shields Callahan.
Ruth was courted by Paul L. Mullen in Buffalo, N.Y. They were married on Sept 16, 1929. Paul died on August 31, 2005.
She had worked at Milliard Fillmore Hospital in Buffalo as an Inhalation Therapist before moving to Plymouth.
She will be remembered for her hospitality and generosity. She and Paul had their home on Lincoln Highway, just outside of Plymouth. They had one of the first in-ground swimming pools in the area, and Ruth, a Red Cross volunteer, taught many of the local children how to swim.
Friends were always welcomed in her home.
Ruth was a volunteer with the Bowen Center for many years. She also volunteered as a driver for the Marshall County Mental Health Association. She taught bridge at the Plymouth Public Library. A fine bridge player, she enjoyed the game, generally partnering with someone other than her husband. “That is the wisest thing to do,” she would say, smiling. “Saves domestic bickering.”
She was active in local politics, spearheading changes in highway lighting with correspondence to state legislators and the governor’s office. Ruth is survived by three children and their spouses.
They are Jack L. and Margie Mullen, College Station, Texas; Ruth C. and James Buckley, Ozark, Mo.; and Robert F. and Linda Mullen, Flagstaff, Ariz.
Ten grandchildren and 18 great-grandchildren also survive.
Ruth was preceded in death by a son, Lloyd Mullen.
Friends will be welcome to celebrate the warm and wonderful life of Ruth Mullen at the Johnson-Danielson Funeral Home, 1100 N. Michigan St., Plymouth, on Sunday, January 21, 2007, from 1 to 2 p.m.
A memorial service for Ruth will be conducted by the Rev. Charles Krieg, pastor of the Salem United Methodist Church, Bremen, immediately following an Easter Star service held at 2:00 p.m. on Sunday, January 21st, by the Plymouth Eastern Star, Chapter 26, of which Ruth was a past Worthy Matron.
Ruth, always thinking of others, has requested that her body be gifted to the Indiana University Anatomical School of Study in Indianapolis, Ind.
Memorial gifts in Ruth’s memory may be made to a charity of the donor’s choice.