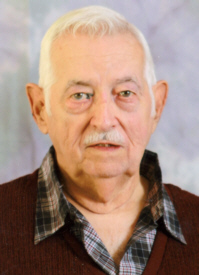 Earl E. Herriott, 76, formerly of Argos, passed away on Friday, June 13, 2014 at the Casa Grande Regional Medical Center, Arizona.
Born on April 23, 1938 in Freeland Park, Indiana, Earl was the son of John and Laura (Reed) Herriott. He graduated from Jefferson Center High School in Jefferson Center, Indiana. Earl served in the Air National Guard from 1957-1958, after which, he moved to the Marshall County area. On June 8, 1991, Earl married Linda R. Lewis. Earl was a truck driver for 1st Choice Logistics for 46 years until his retirement in 2000.
He is survived by his wife of 23 years, Linda of Argos. His children are Jim Herriott of Toledo, OH, John (Jody) Herriott of Swanton, OH, and Kelli Woodring of Delta, OH; step-children, Mari Craft of Plymouth, IN, and Jonnie Grissom of McMinnville, TN; six grandchildren and one great-grandchild. Also surviving are his siblings, Pearl Taylor of Bluffton IN, Myra Abdool and Ray Herriott, both of Ft. Wayne, IN.
He was preceded in death by his parents.
Friends may visit with Earl’s family from 1-3 p.m. on Sunday, August 17, 2014 in the Johnson-Danielson Funeral Home, 1100 N. Michigan Street, Plymouth.