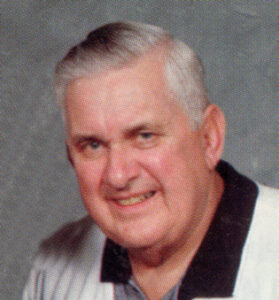 Earl Gerald Weidner, 82, a lifelong Marshall County resident, died at 6:30 a.m. on Monday, Nov. 14, 2011, in Atria Tanglewood Trace Assisted Living, Mishawaka, Indiana.
Born in Argos, Indiana, on July 27, 1929, Earl was the son of Charles Henry and Clara Hartman Weidner.
He graduated from Argos High School with the class of 1947, and served as a Sergeant in the Army in the Korean War.
On June 6, 1953, in St. Michael Roman Catholic Church, Plymouth, Earl and Lois Jean Umbaugh were married.
Earl worked as a plant manager for many years with Pilgrim Farms.
A devoted husband and family man, he is survived by his six children.
They are: Kevin D. and Carolyn Weidner of Glendale, Arizona: Karen E. Prebys of Greenwood, Indiana: Kathleen A. and Ken Thomas of Chesapeake, Virginia. Karol L. Weidner Chesapeake, Virginia, also survives together with Karla J. and Fred Malecki of Granger, Indiana, and Keith and Jill Weidner of South Bend, Indiana.
Six beloved grandchildren survive as well: Christy, Kelly, Ryan, Joshua, Jordan and Alyssa.
He is also survived by his brother, Charles T. Weidner, Naples, Florida.
Earl was preceded in death by his wife, Lois, and their son, Kerry S. Weidner. Earl enjoyed sports and working crossword puzzles.
He was a member of St. Michael Catholic Church, the V.F.W. Post 1162 and, formerly, the Moose Lodge.
Friends will be welcomed by the family to celebrate the life of Earl Weidner on Wednesday, Nov. 16, 2011, from 4 to 8 p.m. in the Johnson-Danielson Funeral Home, 1100 N. Michigan St., Plymouth.
A Rosary will be prayed at 7:45 p.m. in the funeral home.
A Mass of Christian Burial will be held at St. Michael Catholic Church at 11 a.m. on Thursday, Nov. 17, 2011. The Rev. Father William Kummer will officiate.
Burial, with military graveside services conducted by the Plymouth American Legion, VFW and DAV, with a South Bend Honor Guard, will be held in New Oakhill Cemetery, Plymouth, Indiana.
Memorial gifts in Earl’s memory may be given to St. Michael Catholic Church or to the school.