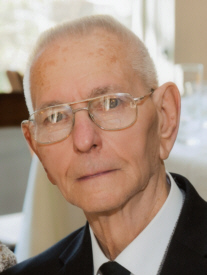 Earl Miller, 80, passed away on July 19, 2016 at Millerâ€™s Merry Manor in Plymouth, with his family by his side.
Earl was born on March 30, 1936 in the family home in Plymouth to Harvey George and Nellie LaPearl (Dudgeon) Miller. He attended Plymouth Schools.
Earl served in the Army National Guard.
On January 1, 1981 in the Plymouth Wesleyan Church, Earl took as his bride the former Ida May (Owens) Capron.
Earl worked as a cabinet maker for Hop Cap in Bremen before changing his career to become a truck driver. He drove his semi all throughout the states until his retirement in 1998. He was a 20 year member of the Teamsters Local 364.
After retirement, Ida and he traveled the country in their RV, for over 10 years. He was an excellent at woodworking. The couple enjoyed playing cards and getting together with family.
Earl is survived by his wife, Ida of Plymouth, and their children: Rodger Miller of Grovertown, Sadie (Steven) Miller of Westville, Sharon (Mark) Nicolette of Rio Vista, CA, Wayne (Cindy) Capron of Plymouth and Barb (Lynn) Capron of Stafford, VA; 14 grandchildren and 12 great-grandchildren; and his sister, Mary Luse of Plymouth and sister-in-law, Barb Miller of Warsaw.
He was preceded in death by his parents and siblings: Mildred Egelski, Evelyn Funk. Frances Clevenger, Don Miller, Fred Miller, Malcolm Miller, Lewis Miller and Everett Miller.
Family services will take place.