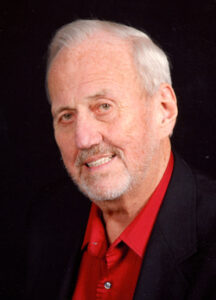 Earl W. Buchert, 88, of Plymouth, passed away following an illness on Monday, July 30, 2018 at St. Joseph Regional Medical Center in Mishawaka.
Earl was born in Oconomowoc, Wisconsin on May 24, 1930 to Raymond C. and Leona Willamenia (Groth) Buchert. He graduated with the class of 1948 from Oconomowoc High School. He married Barbara A Kelly in August of 1949. Earl then served in the United States National Guard for twelve years.
Always a hard worker, Earl has his first job at the age of 12, working for Orchard Retail. At age 16, he worked for Municipal Sale until 1958 and then as a salesman for Clow Corporation in Oakbrook, Illinois from 1964-1980. He also operated his own business from 1982-1990. Lastly he worked for Independent Concrete Pipe in Mishawaka as their general manager, until his retirement in 1997.
On February 20, 1982 in Zoar, Ohio, he married Marna J. Plotz. She preceded him in death on August 28, 1996. He then married Beverly K. Serf in Plymouth on September 8, 2001.
He was a member of the Calvary Lutheran Church in Plymouth, where he had served as an Elder and on the pre-school board. He was a member of the Plymouth Elks 2548. He was also a longtime member of the Plymouth Country Club and enjoyed play at various golf courses.
Earl enjoyed landscaping around his house and enjoyed the forest type setting. His Wisconsin roots never left him, being a huge Green Bay Packers Fan who held stock in the franchise from 1945. Walleye fishing trips in northern Wisconsin was also a favorite pastime.
He is survived by his wife, Bev of Plymouth; his five children and 15 grandchildren: Jolynn Cowley of Canton, OH and her children, Danielle and Brandon, Richard N. (Michelle) Buchert of Plymouth and their children, Justin, Shawnee and Camryn, Jana K. Barnhart of LaGrange, IN and her children, Kurtis, Garrett and Randy, Jeanne (Dan) Tanner of Plymouth and their children, Margaret, Lauren, Sam, Claire and Leah, and Bill (Shannon) Karcher of New Philadelphia, OH and their children, Tanner and Tynne. Five great-grandchildren also survive.
Also surviving are his step-children: Susan (deceased) & Keith Wickens of Plymouth and their children Melissa, Kristin, Kyle and Elizabeth, Lynn & Neil Bemenderfer of Indianapolis and children Joan, Thomas and Ted, Gina R. Serf of Indianapolis, Brad A. & Patty Serf of Plymouth and their children Thomas and William, Ann & Kent Janes of Springfield, IL and their children Zach, Matthew and Kate. Two step-great-grandchildren also survive.
Earl was preceded in death by his former spouses, Barbara and Marna, a stepdaughter, Susan Wickens and three brothers: Neil, Dennis and Raymond.
Visitation will be held on Thursday, August 2nd from 4 â€“ 8 p.m. in the Johnson-Danielson Funeral Home, 1100 N. Michigan Street, Plymouth.
Funeral services will be held on Friday, August 3rd at 11:00 a.m. at Calvary Lutheran Church, 1314 N. Michigan Street, Plymouth with Rev. Eric Ahlemeyer officiating. Calling will continue in the church one hour prior to services.
Burial will follow in the New Oak Hill Cemetery, Plymouth.
Memorial contributions can be made to the Calvary Lutheran Church Pre-School, 1314 N. Michigan St., Plymouth, IN 46563.