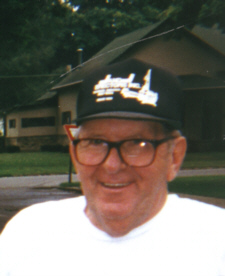 Earl C. Wiles,77, a lifetime resident of Marshall County, died of natural causes, at 3:37 p.m. in St. Joseph Regional Medical Center, Plymouth, on Saturday, July 7, 2007.
Earl was a loving husband and father and a Korean War hero.
Earl was born in Bourbon, Indiana, on November 8, 1929, the son of Harold and Ula May Faulkner Wiles.
Majoring in English, he graduated from Indiana State University and Chicago University with a teaching degree.
He served his country bravely in the Korean War as a member of the United States Army.
In 1964, Earl and D. Dee Thompson were married.
He worked in the steel mills and was a general foreman for J & J Erectors, Marion, Indiana. He retired from the trades in 1992.
Earl taught welding for many years at South Bend’s Ivy Tech and built horse and stock trailers. He was also a farmer and enjoyed raising beef cattle, rabbits and horses.
He was an avid hunter and fisherman. With his wife, he owned the Twin Lakes Saddle Repair Shop, making bridles, halters and saddles.
He was involved in the 4-H horse, pony and rabbit clubs. He donated many trophies to the 4-H kids.
In recent years, Earl and his devoted wife, Dee, sold stone jewelry and crafts at the Culver Farmer’s Market.
Earl was a member of the Disabled American Veterans, the American Legion, 1043 Millwright Carpenter’s Local and 413.
He was a past master of the Kiliwinning Lodge at Plymouth and a member of the Masonic Lodge in Bourbon, Indiana.
Earl raised and sold rabbits, mainly Californians, New Zealands, Rex and Satins. He showed his rabbits at the ARBA rabbit shows for many years.
A member of the ARBA Rabbit Club, Earl was secretary of the Sandburn Rabbit Club. He also served as vice-president of the Indiana Rex Club and was a member of the Sycamore Satin Rabbit Club.
In addition to his rabbits, Earl loved his cats and dogs, especially his cat Shadow who greatly misses him.
Earl is survived by his wife, Dee, and their daughter, Sue Wiles Buchanan.
Four grandchildren also survive. They are Tiffany and Mike Buchanan and Tiana and Alex.
Memorial services for Earl will be held at 7 p.m. on Monday, July 16, 2007, in the Johnson-Danielson Funeral Home, 1100 N. Michigan St., Plymouth.
Full military honors and a Masonic Memorial service will be accorded to Earl at the funeral home.