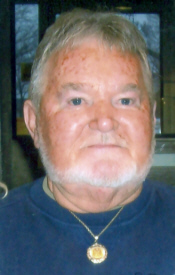 Eddie D. Wright, 72, a lifetime Marshall County resident, living at 17926 14B Road, Culver, since 2006, died of natural causes in St. Joseph Regional Medical Center, Plymouth, on Friday, December 18, 2009, at 11:59 p.m. He was born in Plymouth on February 26, 1937, the son of Edgar Dale and Edna Grace (Miller) Wright.
He was a member of the Plymouth High School Class of 1955. There he played four sports: football, basketball, track and baseball.
On January 20, 1955, in Knox, Eddie and Eileen Johnston were married.
Eddie was hardworking and talented. He was a brick layer at Inland Steel and then started the Modern Roofing and Siding Co in Plymouth. He was also a driver for the Plymouth Fire Department for 10 years.
Eddie and Eileen owned and operated Wright’s Landing, a popular bar and restaurant for 29 years. They retired in 2001.
An outdoorsman, he loved fishing and hunting and making fish ponds and great times spent with his family, especially the grandchildren.
He enjoyed remodeling homes and moved and restored as many as 25 of them.
Eddie was a natural athlete and for years involved with the Men’s Slow-pitch League as a pitcher and for 20 years he enjoyed golfing with his buddies every Thursday night, also playing in fund raisers for many causes.
Self-taught, he played the guitar and harmonica.
Eddie is survived by Eileen, his wife of almost fifty-five years, and by their two sons, a daughter, and seven grandchildren.
His children and grandchildren are: Edward “Butch” (Patty) Wright, Plymouth, and their children, Matt, Andy and Laura; Christopher A. Wright, Plymouth and his children, Nolan and Natalie and Kimberly A. (Jamey) Morrison, Culver, and their daughters, Amanda and Sarah. Two great grandchildren include Treyce and Grace.
Three sisters: Hilda Greene, N.J., Jean Abair and Pat Groninger, and two brothers: William “Bill” (Darlene) Wright and Larry (Phyllis) Wright, all of Plymouth, survive as well along with numerous nieces and nephews.
Eddie was preceded in death by sisters: Audrey Rush, Edna Pearl McCan, Roger Wright and an infant brother, Jimmie Wright.
Friends of Eddie will be welcomed by his family on Monday, December 21, 2009, from 4 to 8 p.m. at the Johnson-Danielson Funeral Home, 1100 N. Michigan St., Plymouth.
Funeral services for Eddie will be held on Tuesday, December 22, 2009, at 11 a.m. at the funeral home. The Rev. Dr. Ronald Liechty will officiate.
Memorial gifts in Eddie’s memory may be made to the Marshall County Community Foundation – Fireman’s Scholarship Fund, 2701 N. Michigan Street, Plymouth, IN 46563 or the Marshall County Cancer Association.