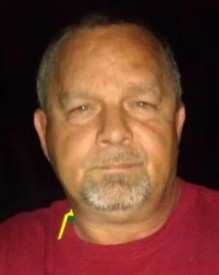 Edward E. “Bubby” Heward, age 51, passed away unexpectantly on Monday, April 8, 2013 in Plymouth, Indiana.
Edward “Bubby” was born on May 28, 1961 to William Charles and Mary Elizabeth (Mekis) Heward in Baltimore, Maryland. He attended school through the 11th grade.
Trucking was Bubby’s life, beginning when he was 16. He had been driving for Winston Miller Trucking, based out of Romney, for the past 2 years.
Bubby enjoyed spending his money at the casinos, bowling and was a NASCAR fan. When he wasn’t driving, he was always with his family. He adored his grandchildren and was always a wild jokester. Bubby’s two favorite places to go and meet up with his friends when he went home to West Virginia were the Straight Cat Café and the Mt. Top Truckstop.
He is survived by his three daughters: Cathleen “Marie” Heward of Evansville, IN, Kristen (James) Sterling of Vincennes, IN, and Sarah Heward of Pacedena, MD; his best friend and love of his life, Kathleen Berry of Richland, NC; his mother, Mary Romney, WV; his six brothers: James “Jimmy” (Lynn) Heward of Cumberland, MD, William (Sherry) Heward of Damacus, VA, Charles “Lucky” Heward of Romney, WV, Michael (Janice) Heward of Ohio, Randy Heward of Florida and Johnny (Betsy) Heward of Moorefield, WV; 9 grandchildren: Erik, Eddie, Jordan, Katrina, Emma, Olyvia, James, Cody and Ryan. He will be missed by numerous nieces and nephews, and his friends and family in Romney, WV.
He was preceded in death by his father, William.
There will be no services at this time.