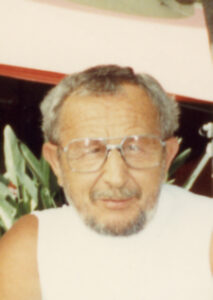 Edward Ray Mast, 71, 905 S. Michigan St., Plymouth, died at noon on Saturday, Aug. 2, 2008, in Miller’s Merry Manor, Plymouth.
Born in Goshen, Ind. on March 31, 1937, Ed was the son of Ora and Edna Slabaugh Mast.
He received an Amish education until the 10th grade.
A truck driver, he worked for Banks Lumber for 20 years and for Hehr International for 23 years. He retired in 2004.
Edward is survived by Donna Howell, his very special lady friend, Plymouth, and by a daughter, Carmen Guericke of Milford and a son, Brent (Becky) Mast of Plymouth.
Six grandchildren also survive: Amanda Guericke, Diana, Harlie and Laci Mast and Kayla and Jeff Howell.
Edward was preceded in death by his parents and a brother, Robert Mast.
Friends are invited to visit with Edward’s family from 4 to 8 p.m. on Tuesday, August 5, 2008, at the Johnson-Danielson Funeral Home, 1100 N. Michigan St., Plymouth.
Family services for Edward will be held.
Burial will be in Oakhill Cemetery, Plymouth.
Memorial contributions in Edward’s memory may be made to the Center for Hospice and Palliative Care.