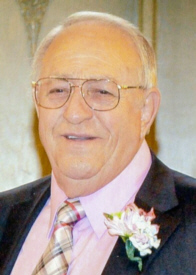 Eldon Duane Shafer, 74, life-long resident of Plymouth, died peacefully at his home on Thanksgiving evening, leaving behind the trials of this world on November 26, 2015. Eldon was born in Plymouth, Indiana on May 22, 1941 to Lloyd L. Shafer and Ellen (Stuckey) Shafer. Eldon graduated from LaPaz High School in the Class of 1959 and joined the United States Air Force later that year where he learned electronics. After serving honorably, Eldon returned home to become part-owner of Banner Electric in Plymouth. Eldon was happy building and remodeling until his retirement after 44 years. Camping, fishing and traveling were favorite pastimes for Eldon. He fondly remembered vacations to the Canadian wilderness, Prince Edward Island, and Northern Wisconsin. Eldon enjoyed the fellowship of his fellow Masons as a member of Plymouth-Kilwinning Masonic Lodge #149 and was raised a Master Mason in 1984.
Eldon married Dorothy (Dodie) MacInnis on June 13, 1964 at the Plymouth Church of the Brethren, a church they supported, served, and grew friendships and raised their children in. Eldon was quietly compassionate and showed his love by helping others. His family remembers him offering rides to strangers, fixing the bikes of neighborhood kids, and making free electrical repairs for those in need.
Eldon is survived by three sons whom he loved very much. They will miss talking with him, hearing his stories, watching movies with him, and enjoying his sense of humor. His first son, Dr. Mark Shafer and Dr. Elaine Shafer live in Edwardsburg, MI and gave him three wonderful grandchildren: Andrew, Benjamin, and Sarah. His second son, Mr. Todd Shafer and Mrs. Pam Shafer live in Plymouth, IN and gave him two wonderful grandchildren: Nathanael and Marilla. His third son, Mr. Jeffrey Shafer and Mrs. Natalie Shafer live in South Bend, IN and gave him a wonderful grandson: Theodore “Teddy.” Eldon is also survived by a sister-in-law who is like a daughter, Mrs. Beryl (MacInnis) Frenger and Mr. Greg Frenger of Holt, MI and their children, Robert “Bobby” and Kathryn. Eldon is also survived by many nieces, nephews, and other family members and friends he loved and cared for. Eldon was preceded in death by his wife, Dodie, in 2012, after 48 loving years of marriage. Eldon married Carol (Harsh) Shafer on May 4, 2013, and their time together brought him happiness. With Carol, Eldon extended his love to additional children and grandchildren: Angela (Harsh) and Doug Miller and children Daniel and Madison; Mike and Teresa Harsh and daughters Alicen, Adelyn, and Annie; and Matt and Stacey Harsh and sons Evan and Max.
Eldon was also preceded in death by his parents and siblings: Charles “Chuck” Shafer, Betty (Shafer) Haag, Edward “Babe” Shafer, and Vernon Shafer. Eldon cherished his time with family. It’s comforting to know that prior to his passing, Eldon spent an enjoyable Thanksgiving Day surrounded by children, grandchildren, and other family members–talking, eating, and laughing. Visitation will be from 4-8 P.M. on Monday, November 30, 2015 in the Johnson-Danielson Funeral Home, 1100 N. Michigan Street, Plymouth, with a Masonic service being conducted at 7:30 P.M. by the Plymouth-Killwinning Lodge #149. Funeral services will be held at 11:00 A.M. Tuesday, December 1, 2015 in Plymouth Church of the Brethren 1130 N. Michigan Street, Plymouth, with Rev. Herman Kauffman officiating. Visitation will resume one hour prior to the service in the church.
Burial will be in the New Oakhill Cemetery, with Military Honors provided by members of the American Legion Post 27, Veterans of Foreign Wars- Marshall County Post 1162 and D.A.V.
Memorial contributions can be made to Plymouth Church of the Brethren, or to the American Heart Association, 6500 Technology Center Dr #100, Indianapolis, IN 46077.