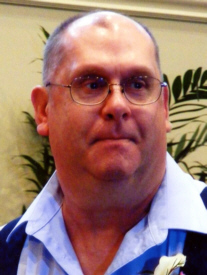 Eldon L. Metcalf, 68 lifetime Plymouth resident, passed away Tuesday evening January 17, 2017 with his family by his side at the St. Joseph Regional Medical Center in Mishawaka.
Eldon was born on November 19, 1948 in Plymouth to Ora E. and Faye E. (Couts) Metcalf. He graduated from Plymouth High School with the class of 1968.
On October 25, 1975 in Plymouth, Eldon took as his bride the former Betty Baughman.
He worked for Bomarko Inc. as a janitor for 16 years until his retirement in 2004.
Eldon was a member of Blissville Church of the Brethren. He enjoyed hunting, fishing, playing the classic Nintendo, doing puzzles and listening to Gaither music. He also could never say no to a bowl of ice cream and a glass of milk.
Eldon is survived by his wife of 41 years, Betty, and children: Anette R. Crandall of Nappanee, David L. (Jennifer) Metcalf of Ft. Wayne, Melody (Scott) Keen of Columbus, IN, Kelly (David) Freet of Walkerton, Kimberly (Hurshel) Hunter of Plymouth, and Tracey (Tim) Bittinger of Bourbon; 14 grandchildren and 5 great-grandchildren; and sister, Barbara K. (Gary) Dunlap of Plymouth.
He was preceded in death by his parents.
Visitation will be on Friday, January 20, 2017 from 11 a.m.- 1 p.m. in the Johnson-Danielson Funeral Home, 1100 N. Michigan Street, Plymouth. Funeral services will follow at 1 p.m. funeral home with Pastor Susie Schadek officiating.
Burial will be in the Morris Cemetery.
Memorial contributions can be made to the National Parkinson Foundation, 200 SE 1st. Street, Suite 800, Miami, Florida 33131 or the Blissville Church of the Brethren, 6250 Spruce Trail, Plymouth, Indiana 46563.