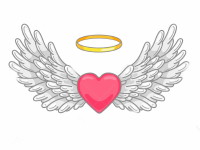 Elena Mae Engle was born sleeping as an angel in Heaven to Elizabeth A. and Joshua M. Engle on January 12, 2020.
Loved beyond measure, Elena is survived by her sister, Aedreanna M. Engle; paternal grandparents, Kevin and Kim Milliser of Plymouth and aunt, Kelsey Milliser of Knox; maternal grandparents, Mike and Shelley Beatty of Argos and aunt, Sondra (Matthew Bogunia) Beatty of Walkerton; cousins, Brylie and Logan; maternal great-grandmother, Judith Mann of Walkerton and several other family members.
She was preceded in death by her great-grandparents.
A private service will be held at a later date.