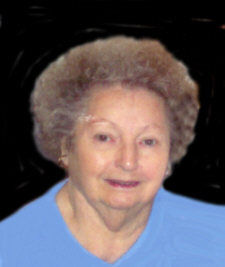 Elizabeth Victoria Wade, 82, a Plymouth resident most of her life, died at 1:35 p.m. on Saturday, March 21, 2009 in Pilgrim Manor Nursing Center, Plymouth.
Born in East Chicago, Indiana, Elizabeth was the daughter of Nicolas and Elizabeth German Komanick.
Elizabeth, who had been a cheerleader at West High School, graduated in 1944. There were 18 students in her class.
A homemaker who enjoyed being with her children and grandchildren, she had worked part-time at Orr’s Flowers in Plymouth. She was a member of the “Jolly Jills”.
On October 24, 1948, Elizabeth and Glenn Wade, Jr. were married in Plymouth.
Elizabeth is survived by Glenn, her husband of over 60 years, a daughter: Jeanne (Dan) Beam of Warsaw, and their daughters, Nicole Lancaster and Andrea Gale; two sons: Allen (Becky) Wade of Plymouth, and their children, Michael Wade and Audra Sullivan; Philip Wade of Plymouth, and his daughters, Julie Sanders and Jennelle Wade; ten great grandchildren and a sister, Sylvia (William) Tallarita of Plymouth.
She was preceded in death by her parents and two sisters: Minerva Schoberg and Mary Jean Espich.
Friends are invited to share memories of Elizabeth with her family from 12:30 to 1:30 p.m. on Saturday, March 28, 2009 at the Johnson-Danielson Funeral Home, 1100 N. Michigan St., Plymouth.
Memorial services for Elizabeth will be held at 1:30 p.m. on Saturday, March 28th at the funeral home, officiated by Pastor Ronnie Sams.
Memorial contributions may be made to the American Diabetes Association.