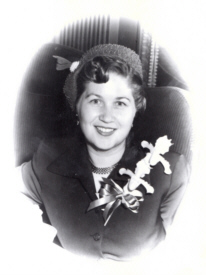 Ellen “Jeanne” Bauman, a resident of Windmill Park, Plymouth since 2004, passed away at her residence Saturday evening, April 25, 2009. Jeanne accepted her diagnosis of a terminal illness last August, and she dealt with it on her own terms.
She was born in St. Joseph County, Indiana on September 26, 1925, the daughter of Ralph M. and Irene D. (Greer) Fall.
On November 14th, 1948 she became the bride of Howard E. Bauman in the parsonage of the First United Methodist Church, Plymouth. They shared nearly sixty years together at the time of his passing last July 15th.
With great pride they would speak of their only child, Kelly Pitcher of Indianapolis, who survives.
As a member of the V.F.W. Auxiliary, Jeanne and Howard worked countless hours for the good of the community and V.F.W. Post 1162 and American Legion Post 27.
Jeanne was a homemaker who enjoyed family events and a pastime of reading. She also served the Plymouth School Corp. for many years in the cafeteria and as a precint poll worker. Surviving along with her daughter is a brother James M. Fall of Tucson Arizona whom she was able to visit with there just three weeks ago, and numerous nieces and nephews.
Also preceding in death was a brother; Cecil L. Fall and sister; Phyllis L. Stuhlmacher.
A celebration of Jeanne’s life will be held from 10 a.m. until noon Saturday, May 2nd in the Johnson-Danielson Funeral Home, 1100 N. Michigan St. Plymouth where services will begin at noon.
Memorial gifts may be made to the Marshall Co. Humane Society, 11165 13th Road, Plymouth, Indiana 46563.