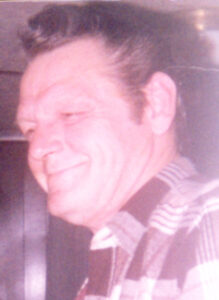 Ellis Devon Stiles, 74, passed away the evening of Monday, October 14, 2013 at the Hospice House of Elkhart.
The son of Ellis Loyd “Chub” and Lillian Idella (Jack) Stiles, Ellis was born on May 19, 1939 in Marshall County. He attended the former West High School.
On October 20, 1956 in LaPorte, Indaiana, Ellis married Sandra K. Sisk. They would have been celebrating their 57th anniversary this Sunday.
Ellis worked at the Coke-a-Cola plant in Plymouth as a driver, Phillips Drill in Michigan City, and finally retiring in 1994 from the State Highway Department as a truck mechanic.
He loved coon hunting in his earlier years, gardening and raising animals on their land.
Ellis is survived by his loving wife, Sandra of Plymouth, and their three sons: Kenneth (JoAnn) Stiles of Culver, David (Brenda) Stiles of Plymouth, and Michael (Patty) Stiles of Culver. He has 6 grandchildren and 9 great-grandchildren. His surviving brothers are Vernon (Phyllis) Stiles of Plymouth and Larry (Jane) Stiles of TN.
He was preceded in death by his parents, brother, Gaylord Stiles, and three sisters: Beverly Mattern, Helma Pearson, and Ilene Hardesty.
A Memorial service will be held at a later date.
Memorial contributions can be made to the Center for Hospice Care 112 S. Center St. Plymouth IN 46563.