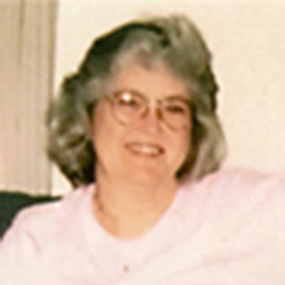 Elouise Johnson, 82, a Baltimore street resident in Bremen passed away on Tuesday evening March 27, 2018 at Millerâ€™s Merry Manor in Wakarusa. She was born on March 23, 1936 to Carlie and Minnie (Clements) Cooper in Broxton, Georgia. She married Roy Johnson on November 7, 1953 in Waycross, Georgia and he preceded her in death on March 13, 1997.
She was employed as a machine operator at Wagnerâ€™s and at Almega in Bremen.
Surviving are three daughters: Chastity (Mike) Jones of Bremen, Tammy Craig of Bremen, and Pam Reed of Shipshewana; one son, Don (Robin) Johnson of Argos; Grandsons: Nathan Jones of Bremen, Michael (Sarah) Craig of Nappanee, and Billy (Donia) Billing of Louisville, Kentucky; Granddaughter: Amy Thompson of Huntington; Great Grandchildren: Brandon Thompson, Lynsey Masterson, Maci Craig, Talon Craig, Sterling Craig, Faith Billing, Dakota Billing, and Dominik Billing; sisters: Thelma Harper and Mary Ann Johnson (both of Brunswick, Georgia); and her little dog that she loved – Reba.
She was preceded in death by one son, Ronald Ray Johnson, sisters: Ethel Roswell, Geraldine McDowell, and brother, Buddy Cooper.
Visitation for Elouise will be held on Friday March 30, 2018 at the Johnson-Danielson Funeral Home 1100 N. Michigan Street, Plymouth from 11:00 A.M. to 1:00 P.M. and funeral services will follow at 1:00 P.M. with the Pastor Gary Hinkle officiating.
Memorials should be directed to the American Diabetes Association, 6415 Castleway W. Dr., Indianapolis, Indiana 46250.