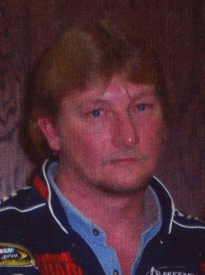 Eric L. Bice Sr., 42, of Plymouth passed away at 12:30 a.m. Saturday January 4th at his home following a diagnosis of cancer in May of 2013.
He was born on February 10, 1971 in South Bend, Indiana, the son of Rickie L. Bice, now deceased and Judy (Brubaker) Mrs. Dale Mast of Elkhart, Indiana. Eric attended South Bend Schools.
On February 25, 2008 in Plymouth, Eric married Jane A. (Bachtel) Tuttle Bice who survives with three stepchildren and in-laws, Harold and Phyllis Bachtel of Plymouth.
Eric is also survived by his five children. They are: Eric L. Bice Jr., Harry W. Bice, Timmy D. Bice, Tiffany Bice, and Ashley M. Bice all of Goshen, Indiana. A sister Heather (Dave) Anderson of Elkhart, a step-sister Angel (Sergio) Lopez of South Bend and a step-brother Adam Brown of Elkhart survive as well.
Preceding Eric in death was his father and a brother Harry Bice.
Eric has been employed with a number of R.V. factories in their custom paint departments most recently with Dutchman Industries until his health would no longer allow.
He enjoyed Notre Dame Football and following NASCAR Racing Circuit driver Dale Earnhardt Jr.
Family and friends will gather at the Johnson-Danielson Funeral Home, 1100 N. Michigan St., Plymouth on Thursday, January 9th from 2 – 4 p.m. Services will immediately follow at 4 p.m. in the funeral home with the Rev. T.J. Meehan officiating.
In lieu of flowers memorial gifts may be made to the family.