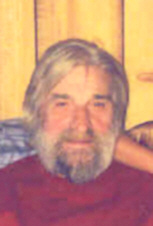 Ernest “Hank” Perkins, Sr., 69, a Marshall County resident for the past 40 years, died of natural causes at 12:07 p.m. on Wednesday, May 10, 2006, in the Saint Joseph Regional Medical Center, Plymouth.
Born in Wolf County, Kentucky, on May 29, 1936, he was the son of Henry and Lucinda Oditt Perkins. He attended schools in Kentucky.
Hank served his country in the United States Navy .
On August 14, 1958, in Kentucky, Hank and Donna Burbank were married.
He was a production worker in the Bremen Foundry for many years.
An active and talented man, he enjoyed woodworking, hunting and riding motorcycles.
Hank is survived by his wife, Donna, and their four children, two daughters and two sons and their spouses.
His daughters are Barbara and Clyde Lohse, Argos, and Joanna and Victor Weldy, Bremen. His sons are Ernest Jr. and Dianne Perkins, South Bend, and Ricky and Deb Perkins, Wakarusa, Indiana.
Seventeen grandchildren and 11 great-grandchildren also survive, together with Lawrence Perkins, a brother who lives in Kentucky.
Hank was preceded in death by his parents, two brothers and two sisters.
Friends will be welcomed by the family at the Johnson-Danielson Funeral Home, 1100 N. Michigan St., Plymouth, on Friday, May 12, 2006 from 6 to 8 p.m. and 1 to 2 p.m. on Saturday, May 13, 2006. Funeral services will follow the Saturday visitation in the funeral home.
The Rev. Sterling Patrick will officiate.
Burial will be in New Oakhill Cemetery.
Memorial gifts in Hank’s memory may be made to a charity of the donor’s choice.