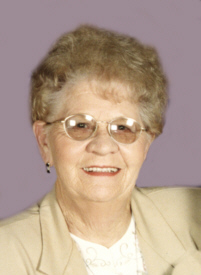 The family of Esther Marie Barton shared with her love and laughter throughout the evening Friday and at 3:20 a.m. Saturday, in the presence of a forgiving Savior she passed into the arms of family who had gone before her. Esther was 83 years of age and had been a Marshall County resident since 1955.
Born March 29, 1931 in Fergus Falls, Minnesota, she was the daughter of immigrants Albert and Ragnhild (Djuvik) Bjerga. She was raised in the Lutheran Faith. On April 7, 1952 in South Dakota, Esther became the bride of Edward Barton. The couple moved to Bremen, Indiana in 1955 and also lived in the LaPaz area with their three daughters Diane, LuAnn and Jenny. The family would often return to Minnesota for camping trips that provided fond memories of Esther’s and Edward’s youth and her love of roller skating.
She enjoyed helping Ed in the woodshop, along with gardening and tending to the yard. Together they enjoyed playing cards and dancing as members of the Plymouth Moose Family Center.
Esther was an active women, she had worked as a waitress for Schori’s Restaurant and for 18 years was a familiar face at the Plymouth Dairy Queen a job she truly loved. She will be remembered for delicious salads, desserts, breads and cinnamon rolls along with her ability to sew and crochet and a trip or two to the boat.
Her family includes daughters: Diane (Paul) Bollenbacher of Plymouth, LuAnn Arnett of Plymouth and Jenny Preston (Steve Ricketts) of Walkerton. Six grandchildren: Joshua (Kiley) Minix of North Carolina, Holly Minix (Joe Baughman) of Argos, Christopher (Lisa) Minix of Wheatfield, Britney (Clint) Munday of Australia, (Edward) Andy Bollenbacher of Plymouth and Hayley Preston of Walkerton as well as four great-grandchildren: Alex Minix, Parker Baughman, Ben Minix and Kadyn Baughman. One sister Olga Shake of Leader, MN also survives.
Esther was preceded in death by her husband Ed on July 10, 1992, brothers Christian, Mikal, Sven, Alvin, Arthur and Harold Bjerga and sisters Ruth Wax and Thelma Garrison.
Visitation will be held on Thursday, February 5th from 4 – 8 p.m. in the Johnson-Danielson Funeral Home, 1100 N. Michigan St. Plymouth. Funeral services will be held there on Friday, February 6th at 11 a.m. with Hospice Chaplain Bridgette Hoch officiating.
Burial will follow in the New Oakhill Cemetery, Plymouth.
Preferred are memorial gift contributions to the Center for Hospice Care, 112 S. Center St., Plymouth, IN 46563