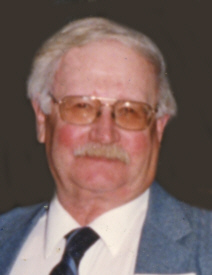 Eugene â€œGeneâ€ C. Peters, 86, of Plymouth, passed away Wednesday, August 17, 2016 in his residence. He was born January 14, 1930 in Chicago Heights, Illinois, to the late August L. and Minnie (Rinkenberger) Peters.
Eugene graduated from Lowell High School in 1948. He was an operating engineer for the Local Union 150 for forty-five years.
Eugene was an avid golfer, fisherman, gardening and drag racer. He was active in the FFA many years ago. He also enjoyed playing his accordion. Back in the day, Eugene was drafted by the Chicago Cubs, but he ended up getting hurt and he was not able to play. Surviving are his five daughters and sons-in-laws; Bonnie and Greg Craren of Baraboo, Wisconsin, Jane and Harold Abair of Plymouth, Diane and Mike Norris of Plymouth, Susanne and Dan Lueth of Plymouth, Cha and Matthew Sutton of Bremen. Also surviving are eight grandchildren, twelve great-grandchildren, and one brother; Richard Peters. He was preceded in death by his parents, and a grandson; Michael Charles Norris Jr. Family and friends will come together at the Johnson-Danielson Funeral Home 1100 North Michigan Street, Plymouth, on Saturday, August 20, 2016 from 2 â€“ 4 p.m. to honor Eugeneâ€™s life. In lieu of flowers memorial contributions may be made to the Marshall County Humane Society, 11165 13th Road, Plymouth, Indiana 46563.