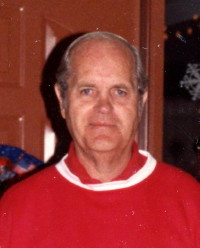 Eugene E. Chapman, 87, passed away at Somers Hospice House in Sebring, Florida on Sunday morning, May 26, 2019.
Born in Hartville, Ohio on November 23, 1931, Eugene was the son of Kermit O. and Matilda (Burkey) Chapman. He graduated from Lake High School and then attended Ohio University, and was a member of Sigma Alpha Epsilon Fraternity.
On September 5, 1951 in Tipp City, Ohio, Eugene married the former Marlene â€œBunnyâ€ Fraser. She would precede him in death in September 2003.
Living in Hartville for most of his life, Eugene was co-owner of Kermit Chapman & Sonsâ€™s with operations in Ohio and Florida for 36 years. He retired in 1988 and began wintering first, in Palm Beach, then Melbourne, and finally settling in Sebring, Florida. He became a summer resident of Plymouth in 2005, after meeting Heddy Wiers.
Gene loved the game of golf and playing cards with his friends. He was a die-hard fan of Ohio State University. He was also a member of the Moose Club, Elks Lodge and the Eagles.
Eugene is survived by his daughter, Vicki (Tim) Brownlee of Harleyville, SC; granddaughters, Heather and Gabby Padgett; and his companion, Heddy Wiers of Plymouth.
He was preceded in death by his wife, son Steven E. Chapman, parents, his brother, Marlan Chapman and sister, Donna Baker.
Inurnment and a celebration of Geneâ€™s life will be held at a later date.
Memorial contributions can be made to Somers Hospice House, 1110 Hammock Road, Sebring, FL 33870.