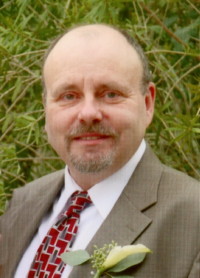 Eugene â€œGeneâ€ Ley, passed away on December 5, 2018, at 11:50 p.m. at the IU Methodist Hospital in Indianapolis, Indiana, after a long, brave fight due to complications following a traumatic accident in August.
He was born September 30, 1953, in Rochester, Indiana, to Paul Ley and Donna Collom. On October 9, 1976, he wed Therese A. Winter in Plymouth, Indiana. They had two children, a son, Daniel (Melissa) Ley of Plymouth, and a daughter, Emily (Kevin)Escapule of Warsaw. He was also a grandfather to Carter and Harper, of Warsaw. He was preceded in death by his parents and niece, Lisa. He is sibling to Kathleen Ley Taylor, Steve Ley, and James Ley all of Indianapolis.
He graduated from Kewanna High School in 1972 and attended Ancilla College, where he met the love of his life, Terry. Gene was an accomplished musician who taught and inspired many throughout the community through his love of music and the guitar. He was known for his sense of humor, kindness, and unassuming nature. He was loved by so many.
A celebration of Geneâ€™s life will be held on Monday, December 10, 2018, at the New Song Community Church, 1292 Baker Street, Plymouth, from 2:00-5:00 P.M. with a Memorial Service to follow at 5:00 P.M., with Pastor Justin Chambers officiating.
Memorials may be directed to the National Kidney Foundation in honor of Daniel.