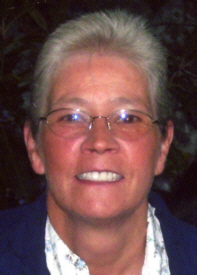 Evelyn Irene Evans, 60, a resident of Lakeville for the past ten years, coming from Plymouth, passed away at 11:37 a.m. on Wednesday, February 11, 2015, at Memorial Hospital, South Bend.
The daughter of Lloyd Evans and Karen Kurtz, Evelyn was born in Hammond on March 31, 1954. She attended Griffith High School.
She had been a production worker at SAPA in North Liberty for several years.
An avid shopper, she also enjoyed watching scary movies.
Evelyn is survived by two daughters: Dawn Mount of Portage and Linda (Eric) Edington of Plymouth; a son: Mike Mount of Valparaiso; five grandchildren; two great grandchildren; a brother: Dwight Evans and a sister Joyce Evans.
She was preceded in death by her parents and a brother, Lloyd Evans, Jr.
Visitation with the family will be from 5 to 7 p.m. on Monday, February 16, 2015 in the Johnson-Danielson Funeral Home, 1100 N. Michigan Street, Plymouth., Indiana.
Funeral services, officiated by the Rev. Chuck Krieg will be held in the funeral home immediately following visitation at 7:00 p.m.
Memorial contributions may be given to a charity of the Donor’s choice.