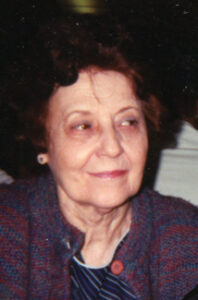 Evelyn L. Reichard, 91, a resident of Pretty Lake, Plymouth since 1950, passed away Wednesday, August 3, 2016 in her home of natural causes.
Evelyn was born in Rochester, Indiana on November 22, 1924 to William & Ersa (Johnson) Garver.
She attended schools in Rochester, Tippecanoe, Culver and graduated from Argos High School.
On January 10, 1945 in Plymouth, she became the bride of Harley A. Reichard. He preceded her in death on December 20, 1999 after nearly 55 years together. She was a very loving person and spent most of her life as a homemaker to her husband and children. Evelyn loved animals and especially Siamese cats. She was a long time member of Pretty Lake Trinity United Methodist Church.
She is survived by her son, Jerry Reichard and his daughter Lori (Eric) Knapp all of Plymouth; a daughter Linda Hansen of Plymouth and her children Julie Hegedus, Kim Elliott, and Megan Hansen along with eight great-grandchildren.
She was preceded in death by her parents, spouse, a brother Raymond Garver, and an infant sister Violet Garver.
Funeral services will be held at 1:00 PM EDT, Monday, August 8, 2016 in the Johnson-Danielson Funeral Home, 1100 North Michigan Street, Plymouth, Indiana 46563, with Pastor Charles Krieg officiating.
Friends may visit with the family from 11:00 AM until the time of service on Monday.
Burial will be in the Richland Center Cemetery in Fulton County.
Memorial gifts may be given to the Humane Society of Marshall County, PO Box 22, Plymouth, Indiana, 46563.