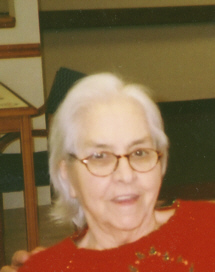 Evelyn Pearl Funk, a lifetime Plymouth resident died of natural causes nine days shy of her 81st birthday at 10:50 p.m. on Thursday, December 15, 2005, in Miller’s Merry Manor, Plymouth.
Evelyn’s philosophy was, “if I can’t help people, I don’t want to be here on earth.”
She lived by that credo.
She was born in South Bend, the daughter of Harvey George and Nellie LaPearl Dudgeon Miller. She moved here as an infant and graduated from Plymouth High School in 1943.
On June 1, 1945, Evelyn and Gawain M. Funk were married. Gawain died in 1978.
Evelyn had worked at Hart, Schaffner and Marx in Rochester for 10 years and was a waitress in various restaurants in Plymouth after that. She had also worked in nursing homes for many years and was a “cabbie” driving the Plymouth area for a time afterwards.
She was an avid reader and enjoyed spending time with her grandchildren. She attended seniors’ meetings and played cards afterwards. In 1985, she joined the Neighborhood Center Council. On May 2, 2002, she was honored with a plaque that stated that she was a lifetime member, honoring her for her dedication to the agency as a volunteer, employee, officer and friend.
For many years she served as a volunteer receptionist at the Center.
She was a member of the Plymouth Moose Lodge and attended the Plymouth Wesleyan Church.
Evelyn is survived by her daughter, Neysa McFarland and Liz McFarland, of Plymouth. Two sons, Gerry and Dixie Funk, Salt Lake City, Utah and Terry Funk, Texas, also survive her death.
Five grandsons, Clarence Jackson, Las Vegas, Nev.;Charles and Zabeta Jackson, Fayetteville, N.C.; Craig Funk, Washington, D.C.; Jason Funk, Salt Lake City, Utah, Richard and Tina Funk, Lawrenceburg, Ind., also survive together with one granddaughter, Mandi Funk, San Antonio, Texas.
Twelve great-grandchildren survive also as does three brothers, Fred and Delores Miller, Clinton, Ill.; Don and Barbara Miller, Mentone, Ind.; and Earl and Ida Miller, Luna, Ariz. Two sisters: Frances and Charles Clevenger, Rochester, Ind., and Mary and Kenneth Luse, Plymouth, Ind., also survive.
She was preceded in death by her parents, her husband, a brother, Malcolm Miller, a sister, Mildred Egelski and two infant brothers, Everett Richard Miller and Louis Dean Miller.
Friends will be welcomed by the family to celebrate the life of Evelyn Funk at the Johnson-Danielson Funeral Home, 1110 N. Michigan St., on Sunday, December 18, 2005, from 3 to 6 p.m., and on Monday, after 7:00 a.m.
Funeral services for Evelyn will be held in the funeral home on Monday, December 19, 2005, at 11 a.m. Pastor Martha Carroll will officiate.
Burial will be in Oakhill Cemetery, Plymouth.
Memorial gifts in Evelyn’s memory may be made to the American Cancer Society or the Neighborhood Center.