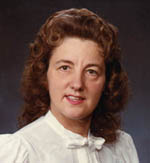 Evelyn R. Keller, 86, passed away in her home at 8:30 a.m. on Sunday, January 28, 2018. She was born September 24, 1931 in Chicago, Illinois and resided in Plymouth since coming from Chicago in 1951.
Evelyn Russell Married James E. Keller on October 20, 1951 in Teegarden, Indiana.
She is survived by her husband, James, a daughter, Kathleen P. (Hank) Gamez of Hurst, TX, and a son, David J. (Bonnie) Keller of Bristol, IL; six grandchildren: Kendra (Marissa) Huski of Cibolo, TX, Warren (Tiffany) Costanzo of Grand Prairie, TX, John (Jennifer) Keller of Haslet, TX, Kimberly (Trevor) Nerpal of Plano, TX, Christina (Luke) Kelley of Muncie, IN and Alicia (Ryan) Frantzen of Aurora, IL; and 11 great-grandchildren.
Evelyn is also survived by a brother, James (Marge) Sanchez of Chicago, IL.
She was preceded in death by her parents, Harry and Rose Mary (Dujsik) Russell, brother, Robert H. (Donna) Russell and a grandson, Joshua Keller.
Evelyn retired in 1997 after working four years as an inspector for Nipsco in Bremen. Previously, she had been employed for 13 years as an inspector for Ball Band in Mishawaka.
She was a member of Lakeside Baptist Church in Lakeville. She had been a charter member of the Lighthouse Baptist Church in South Bend, where she enjoyed singing in the choir, doing nursing home visits and helping with dinners. She has previously served as a deaf director for 22 years at Twin City Baptist Church in Mishawaka.
Evelyn, along with her husband, enjoyed several mission trips to England, Ireland, Scotland, Wales, Germany, Spain, Portugal, Mexico, Africa, Canada and Hawaii.
Our mother would say, she has given her sins to Jesus Christ who has lovingly forgiven them. My soul is with God. For those of you who will remember me, do it with a kind deed or word to someone who needs you. Never grieve for me for I will live forever.
Visitation will be held on Wednesday, January 31, 2018 from 12-2 p.m. in the Johnson-Danielson Funeral Home, 1100 N. Michigan Street, Plymouth. Funeral services will follow at 2 p.m.
Burial will be in the Southlawn Cemetery, South Bend.