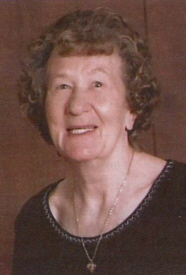 Florence went to be with Jesus at 5:50 p.m. on July 29, 2013 at Legacy Hospice House in Ocala, Florida.
Florence was born on February 12, 1930 in Chicago, Illinois, the daughter of Angela (Immekus) and Ray E. DeVault.
The family moved to Donaldson, Indiana in 1942, where Florence attended West Township Schools.
On February 12, 1949, in Chicago, Illinois, she married Norman R. Popp, Sr., who predeceased her on July 21, 2006, after 57 years of marriage.
Florence and Norman were inducted as honorary members of The Divine Heart Seminary Priests of the Sacred Heart in 1980 at St. Michael Church in Plymouth, Indiana, and served as faithful and devoted participants until death.
A woman of strong faith who loved life and never met a stranger, she had the gift of putting everyone at ease.
She is survived by the children of her union with Norman: Rosemarie Lawson of Ocala, FL, Norman R. Popp Jr. of Lutz, FL, and Peter Popp of Plymouth, IN. Also four grandchildren, six great-grandchildren, husband, Wm. Mac Intosh and his five children. Brothers: Ray, Bob and Jim DeVault, and sisters: Joan Branden and Pauline Pearson, all of the Plymouth area.
Her son, Robert A. Popp, also preceded her in death on March 1, 1973.
A Memorial Mass was celebrated on July 31, 2013 at Blessed Trinity Catholic Church in Ocala, Florida.
Cremation has taken place with interment at Veteran’s National Cemetery in Bushnell, Florida.
The family has asked for Masses to be offered in her memory through St. Michael Catholic Church, 612 N. Walnut Street, Plymouth, IN 46563.