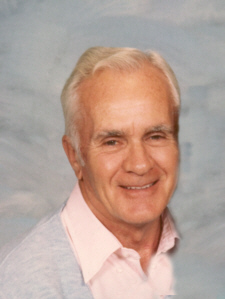 Floyd R. Hetfield, 86, Freeman Drive, Plymouth died of natural causes at his residence on Wednesday, April 4, 2007.
Born in Mishawaka, Indiana on June 13, 1920, he was the son of Floyd L. & Martha L. (Leach) Hetfield and attended South Bend Community Schools.
He married the former Ruth P. Lewis on September 7, 1938 in McAllister, Oklahoma. She preceded him in death on August 7, 2006.
Floyd served in the U. S. Navy from 1942 to 1945 during WWII on overseas transport missions which circled the world twice.
He worked in the trucking industry most of his life and was a proud member of the South Bend Teamsters Union. After his retirement he remained active and enjoyed crafting with his hands.
Surviving is one son; Jack D. and Belia Hetfield of Plymouth along with two grandchildren and three great-grandchildren. Two sisters and a half brother also survive, they are: Maxine Pendl and Lois (Jack) North both of South Bend and Melvin Jackson of Tyler, Texas.
Services will take place at 12 Noon Saturday in the New Oakhill Cemetery Chapel with calling one hour prior to services. The cemetery is located in the 1300 block of South Michigan St., Plymouth. The Rev. Fr. William Kummer, pastor of St. Michael Catholic Church, Plymouth will officiate.
Burial will follow in the New Oakhill Cemetery. The Johnson-Danielson Funeral Home, Plymouth is in charge of arrangements.
Memorial gifts may be made to the National Parkinson Foundation, 1501 NW 9th Avenue, Miami, Florida 33136-1494.