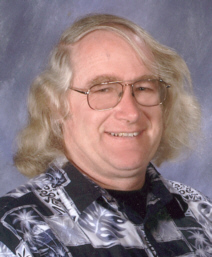 Floyd “Wayne” Palmer will be remembered as a family man with a giving heart and always ready to assist others. Wayne’s life was taken as a result of a vehicular accident near Peru, Indiana on Monday afternoon, August 2nd. He was 53 years old and has resided at 12401 Hillside Drive Plymouth since 1997.
Wayne was born the son of Floyd D. and Hazel B. (Beshears) Palmer in Rochester, Indiana on January 9, 1957. Raised in Argos, Indiana he graduated from Argos High School with the Class of 1975 where he participated in Baseball.
On May 7, 1983 in the Argos Poplar Grove Church, he took as his bride the former Jenise R. Clark who survives with their two children, a daughter; Kelly A. (Curt) Rodgers and grandchildren: Jordan, Lexie and Cienna and a son; Scott M. Palmer all of Plymouth. Also surviving are his parents Floyd and Hazel Palmer of Argos, two brothers; Curt (Debbie) Palmer of Plymouth and Alan (Marilyn) Palmer of Indianapolis, his in-laws; Earl and Norma Clark of Culver, several nieces, nephews and friends.
Wayne has been a driver for Stockberger Trucking of Plymouth the past six years and prior held a position of dispatcher and driver with Wickes Lumber in Argos for 30 years. He was a member of the Plymouth Wesleyan Church and was a regular on the church softball team.
Wayne was doing what he enjoyed in life driving big trucks and tractors. Mechanically inclined, he was ready to take on the challenge of various tasks at home and for others. What he loved in life was family. Wayne was respected for being his own person and sometimes even strong minded. He and his wife Jenise liked to attend auctions where Wayne often found a rare knife to add to his collection. Friends are invited to join the family as they remember Wayne’s life on Thursday, August 5th from 4 – 8 p.m. in the Johnson-Danielson Funeral Home, 1100 N. Michigan St. Plymouth. Calling will continue on Friday morning in the Plymouth Wesleyan Church one hour prior to the 11 a.m. service led by Wayne’s brother-in-law; Rev. John Branch.
Burial will follow in the Maxinkuckee I.O.O.F. Cemetery, State Road 10, Culver.
Memorial gifts may be made to the Plymouth Wesleyan Food Pantry, 11203 S. Michigan St., Plymouth, IN 46563