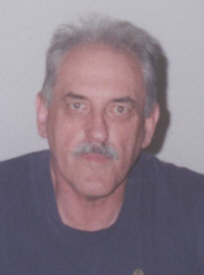 Francis T. “Frank” Kennedy, 76, and a Plymouth resident for over 20 years, passed away at 1:30 a.m. on Monday June 30, 2014 at the St. Joseph Regional Medical Center, Plymouth Campus.
Born in Chicago, Illinois on July 4, 1937. After graduation from high school, Frank enlisted into the U.S. Air Force. He was honorably discharged on September 16, 1962.
Frank married Arlene I. Streb in Midlothian, Illinois on March 8, 1985. After the couple moved to Plymouth, Frank continued as a self-employed handyman, serving in the local areas.
After retirement, Frank had more time to enjoy things he loved and time spent with family. He loved gardening and planting vegetables. Frank was also a licensed amateur radio operator. Working out of his basement, he was very skilled at Morse code operation and spent hours in communication with others in the same way. He was also a member of the Menominee Muzzle Loaders Club, as well as, the Starke County Fish Pond, where every year he helped out the club during the 4H Fair, helping kids bait lines and catch fish.
He is survived by his wife of 29 years, Arlene of Plymouth, and his children: Lisa Scalise, Billy Streb, Nancy Streb, Cheryl (Joseph) Volakakis and Pam (Burton) Montalbano. Also surviving are eight grandchildren: Kristie, Jessica, Jamie, Carrie, Anthony, Samantha, Gracie and Rebecca; and 3 great-grandchildren: Tristan, Makayla and Calvin.
Frank was preceded in death by his parents and his son, Joe Streb.
As per the family’s wishes, no services will be held.
In Frank’s memory, memorial contributions can be made to the American Heart Association 208 S. LaSalle Suite 900, Chicago, IL 60604.