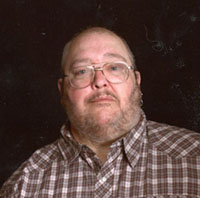 Frank Anthony Waugh 62, of Mishawaka and formerly of Bourbon passed away at his home in Mishawaka on Wednesday evening on November 8, 2017 after a lengthy illness. He was born in San Jose, California on November 1, 1955 and was born to Ernest and step mother, Vera Camran Nunes. He married Carol Doll on September 28, 1993 in Plymouth, Indiana and she survives.
Also surviving is his father Ernest of Red Bluff, California, his wife Carol of Mishawaka, Indiana, step daughter Tena (Todd) Hoffer of Etna Green, Indiana, step daughter, Cindy (Dennis) Baker of Princeton, Indiana, step son, Steven (Roberta Cowles) Babendrager of Rochester, Indiana, step son, Travis Babendrager of Flint, Michigan, brother, Ed Waugh of Lyburg, Tennessee, and a sister, Naomi Vilaco of Watsonville, California. He is also survived by 11 grandchildren and 12 great grandchildren.
He was preceded in death by his step-mother Vera Nunes.
Frank served for two years in the U.S. Naval Reserve and was a carpenter working in home improvement and worked under Carpenters local #413 of South Bend, Indiana. He was a member of the DAV of Plymouth, Indiana, the Foster Care Program of Warsaw, Indiana and the Christian Childrenâ€™s Fund of Indianapolis, Indiana.
Visitation for Frank will be held on Monday November 13, 2017 from 4:00-to-6:00 P.M. at the Johnson-Danielson Funeral Home 1100 North Michigan Street, Plymouth, Indiana and funeral services will be held on Tuesday November 14, 2017 at 2:00 P.M. also at the Johnson-Danielson Funeral Home with the Rev. Tim Lee officiating. Interment will take place at the Maple Grove Cemetery, Argos, Indiana. Memorials may be directed to the Disabled American Veterans at www.dav.org.