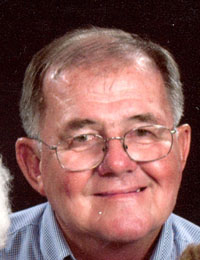 Fred L. Benner Jr., 74, of Plymouth, passed away unexpectedly early Friday morning October 6, 2017, surrounded by his loving family in the Saint Joseph Regional Medical Center-Mishawaka Campus.
Fred was born August 18, 1943 in Bethlehem, Pennsylvania, to the late Frederick L. and Catherine (Dalhanousky) Benner Sr.
He graduated from Palisades High School in Bucks Co, PA and went on to graduate from William Penn University in Oskaloosa, IA in 1969. He also served in the United States Army and was honorably discharged in 1968 after serving in the Vietnam War and receiving a bronze star for meritorious achievement.
On March 4, 1967 in Brookfield, Illinois, he married the love of his life, Anne Cox; and she survives.
Fred retired in 2007 after thirty-nine years of service from the State Farm Insurance Company in Plymouth, where he enjoyed interacting with his wonderful clients and working with his faithful secretary, Freda, who worked with him for 24 years.
He was a member of the Plymouth Optimist Club and the Plymouth Booster Club. He also sponsored several youth sports teams every year in our community until his retirement. He coached little league baseball for many years in Plymouth and enjoyed watching his children play their sports as well. He loved fishing and could always be found with one of his best fishing buddies out on a lake. He also enjoyed hunting and traveled back to PA every year for opening day of deer hunting. He looked forward to his weekly golf games with his friends and one of his favorite places to spend the rest of his time with his family and best friends was at Bass Lake, IN.
Surviving is his wife of fifty years; Anne Benner of Plymouth, daughter; Karen Barden of Plymouth, son; Jake (Courtney Tobias) Benner of Atlanta, Georgia, six grandchildren; Kaylie Barden, Annalise Barden, Cole Barden, Cray Barden, Grant Benner, and Reese Benner. Also surviving are two sisters; Charlotte (John) Johnson of Belle Meade, New Jersey and Kathy Dunn of Allentown, Pennsylvania and many nieces and nephews.
Fred was preceded in death by his parents and father and mother-in-law; Leslie and Ruth Cox.
Visitation will be from 4-7 PM on Tuesday, October 10, 2017 in the Johnson-Danielson Funeral Home, 1100 North Michigan Street, Plymouth. And from 10:00 AM until time of service on Wednesday at the church.
Funeral services will be at 11:00 AM on Wednesday, October 11, 2017 in the First United Methodist Church, 400 North Michigan Street, Plymouth, Indiana 46563, with Rev. Toni Carmer officiating.
Memorial contributions may be directed to Plymouth Junior League Baseball, PO Box 55, Plymouth, IN 46563.