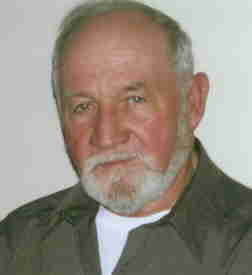 Fred Raymond Grigsby, 80, a Lake Avenue, Plymouth resident for the past 40 years, passed away Monday, September 16, 2013 at 3:15 a.m. at the Elkhart Hospice House. Born in Blue Diamond, Kentucky on December 12, 1932, he was the son of John and Dockie Belle (Wright) Grigsby.
He attended Blue Diamond High School until he enlisted in the U.S. Air Force and there finished school while working as a cook at Lowry Air Force Base in Colorado.
On August 20, 1955 in Hazard, Kentucky, Fred married his wife of 58 years, Amanda Ann Smith.
Fred is survived by his wife, Amanda, and their two sons: John M. “Mike” (Sharon) Grigsby of Plymouth and their children: Erin B. Grigsby, John M. Grigsby Jr., and Justin R. Pointon; and son, Robert E. (Jen) Grigsby of Tippecanoe, IN, and their daughter, Jingle Joy Grigsby.
Fred’s first job was in Kentucky as an insurance salesman. Fred moved to Chicago and became a millwright and skilled welder working in construction. He moved to Marshall County in 1968 and continued working in the construction trade traveling by Amtrak on a weekly basis.
In 1975 he went to work as a laborer and then foreman with Conrail. After 20 years of working for the railroad, Fred retired as a crew cook. He drove transport for Hundt’s Auto Salvage in Plymouth until 2008.
Fred loved woodworking, listening to traditional Bluegrass music and enjoyed letting his four legged friends in his shop. They’d leave their paw prints in the saw dust, thus creating the “Cat Paw Wood Shop”. ….Anyone that was foolish enough to challenge Fred to a hand squeezing contest was greatly surprised to be on the receiving end of a crushed hand, even in his latter years.
Just like clockwork, he enjoyed meeting his breakfast group every morning at the Wood Duck and later at Symphony’s Restaurant. Fred loved attending family and school reunions every year down home. He was a fan of the Kentucky Wildcats and a proud member of the Masonic Lodge in Hazard, Kentucky.
Given only by the governor, the Commonwealth of Kentucky gave Fred a distinct award as a Kentucky Colonel in 2013. With his deep roots, Fred was considered an expert in his Kentucky heritage. Graveside services will be held in the New Oakhill Cemetery at 2:30 p.m. on Friday, September 20, 2013 with Military Honors provided by members of the Plymouth American Legion Post 27, Veterans of Foreign Wars – Marshall County Post 1162 and the D.A.V.
Memorial gifts may be given to the Center for Hospice Care, 112 S. Center St., Plymouth, IN 46563.