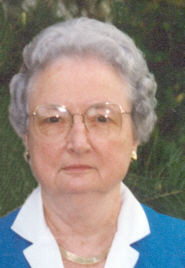 Freda F. Roose, 88, 1060 Lincolnway East, died in Miller’s Merry Manor, Plymouth, at 4:45 am on Thursday, March 31, 2005.
Freda was born in Mentone, Ind., on December 14, 1916. She was the daughter of Linus C. and Mary E. Riddle Borton. She attended Mentone High Schools.
On May 16, 1942, in Mentone, Freda and Verl E. Roose were married. Verl died on June 1, 2002.
Freda worked for 12 years as the office manager for Burns Bakery, retiring in 1945 to become a housewife. She enjoyed cooking, baking, reading and working outside in her garden.
Freda was a member of the Warsaw, Ind. Royal Neighbors of America.
She is survived by her niece, Sue Pyle of Mentone and was preceded in death by her parents and her husband.
Friends will be welcomed from 12 to 2 p.m. on Saturday, April 2, 2005, in the Johnson-Danielson Funeral Home, 1100 N. Michigan St., Plymouth.
Funeral services for Freda will be held following the end of visitation at 2 p.m. The Rev. Charles Krieg, pastor of the Salem United Methodist Church, Bremen, will officiate.
Burial will be in the Mentone Cemetery, Mentone, Ind.