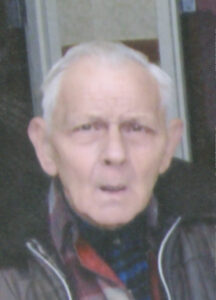 Frederick J. “Fred” Schneider, 77, of 13th Road, passed away after a brief illness at 1:10 p.m. on Thursday, February 13, 2014 at the Kindred Hospital of Northern Indiana, Mishawaka.
Born on August 9, 1936 in Chicago, Illinois, Fred was the son of Edward and Helen Kizior Schneider. He attended school in Plymouth through the 8th grade.
In his early years, Fred worked for Kris Kraft Boats in Chicago, IL as a carpenter. Moving back to Plymouth, he enjoyed tinkering with cars out in his barn. He also shared many new experiences with his nephews through the years.
Fred is survived by his brother, Tom E. Schneider of Plymouth and three nephews: Steve J. Schneider of Noblesville, IN, Mark R. (Karen) Schneider of Warsaw and Edward M. (Sabra) Schneider of Florence, AZ. Also surviving is his sister-in law Georgia F. Schneider of Plymouth and 8 great-nieces and nephews.
He was preceded in death by his parents and his brother, Robert M.
A private burial will take place in the Winamac Cemetery.
Memorial contributions can be made in Fred’s memory to the Cancer Association of Marshall County, 9739 Sunnyside Dr., Plymouth, IN 46563.