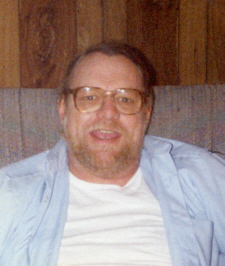 Fredrick Ross Lloyd Sr., 63, a Culver resident for the past 27 years, passed away at his home on Wednesday, March 9, 2011. He had been in failing health the past several years.
He was born on April 2, 1947 in LaPorte, Indiana the son of LaMoine and Leah Mae (Baxter) Lloyd. His father died at an early age and Charles Cripe Jr. was there to help raise him. He has now preceded in death, while his mother, Leah Cripe survives and is residing in Walkerton.
Fred attended Walkerton High School and completed his formal education while a member of the United States Army serving four years in Vietnam. His service included a second enlistment until 1974 and was highly decorated. He had membership with the Culver V.F.W. Post 6919.
On August 22, 1976 he married the former Wanda Wright in Argos, Indiana by Justice of the Peace, Jerry Wilhelm.
With a construction background, Fred ran the Timber Trails Campground in Culver for 15 years. There he was often seen grounds keeping on his big farm tractor. Fred liked joking around, writing poems and loved his children and grandchildren.
Surviving are his wife, Wanda and their five children and ten grandchildren who knew him only as their “Poopa”. They are: Laurie “Mutt” K. and Shane Belcher of Plymouth and children; Travis (deceased), Kristen, Tori and Emily. Fredrick R. Lloyd Jr. of Plymouth. Joel C. and Amanda Lloyd of Culver and children; Samantha, Monica and Pete. Shelly K. and Brad Foote of Plymouth and children; Jaiden, Jaime and Brodi. And daughter Penny S. Wright of Argos. Tug the Pug and Tooter the Shitzu complete Fred’s immediate family.
Also surviving is a brother; Sonny Cripe of Walkerton and three sisters; Nancy (Lewis) Reese of Mill Pond, Kay (Dirk) Pletcher of Walkerton, Kari (Bill) Albert of Walkerton and numerous nieces and nephews.
He was preceded in death by his fathers; LaMoine and Charles, grandson Travis Wieringa, brothers; Charles and Robert Lloyd and a sister Cheryl Campion.
Family and friends will gather to honor Fred’s life, on Sunday, March 13th from 1 -3 p.m. in the Johnson-Danielson Funeral Home, 1100 N. Michigan St. Plymouth. Services will be held at 3 p.m. in the funeral home with Rev. Lloyd Howard of the Argos Church of Jesus Christ officiating.
Members of the Culver V.F.W. Post 6919 will provide Military Honors.
Burial will be in the New Oakhill Cemetery, Plymouth.
Memorial gifts may be made to the Marshall County Humane Society, P.O. Box 22, Plymouth. IN 46563.